My attempt at generative art: not your daddy's spirograph

Back in 2005 I amused myself by writing a computer program that produced images like those made by the popular Hasbro, Inc. toy, the Spirograph.

The Spirograph consists of a ring with gear teeth on the inside that you pin to piece of paper and a smaller wheel with gear teeth on the outside the goes inside the bigger ring. You put a pen in a hole in the wheel and as you roll the wheel around the inside of the ring the pen traces out an interweaving spiral pattern. The pattern is varied by using differently sized rings and wheels, and placing the pen in holes that are at different distances from the center of the wheel.

The program, which was written in C, worked fine and generated nice spirograph images. Here are some examples that look very much like those you can make with the actual toy. 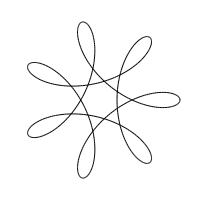 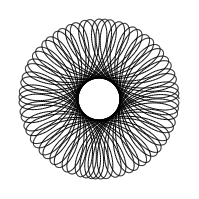 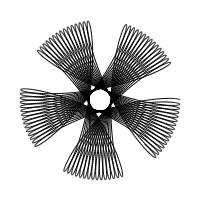 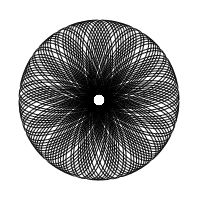 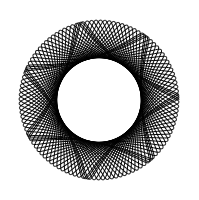 Two changes that are feasible with software but not with a physical toy make the results more visually appealing:

Here are some interesting results from applying the changes above: 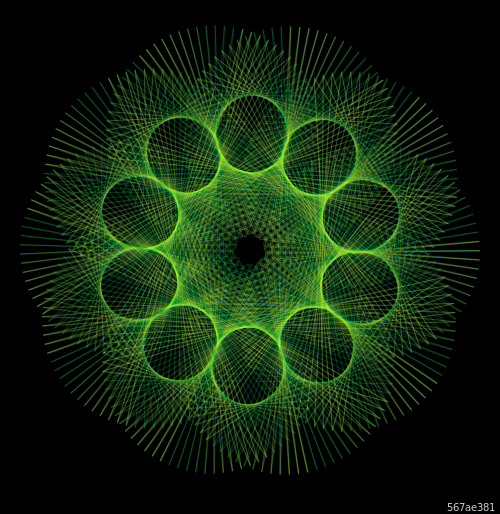 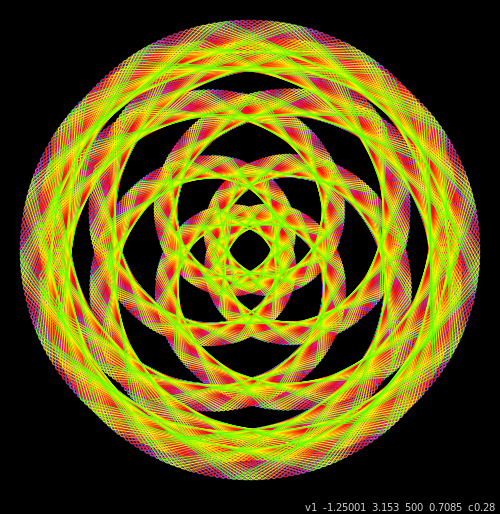 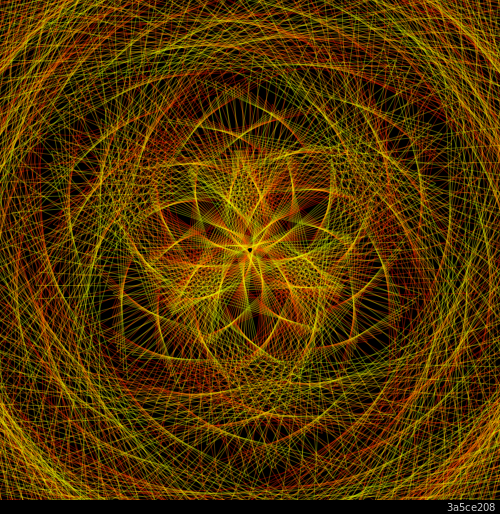 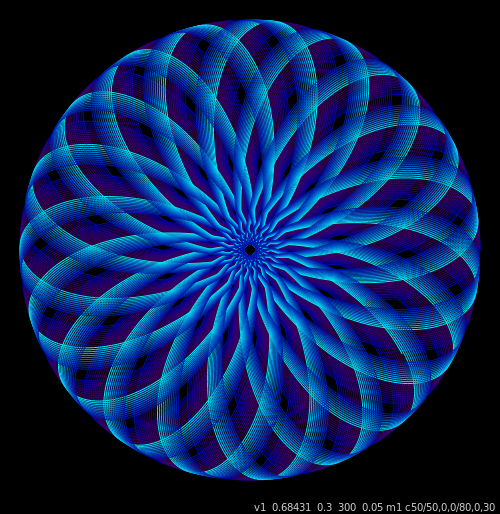 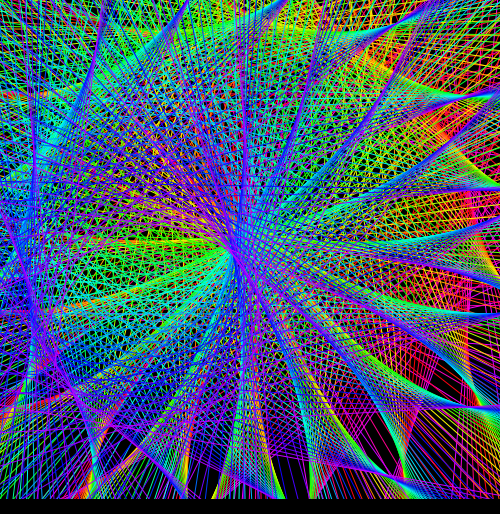 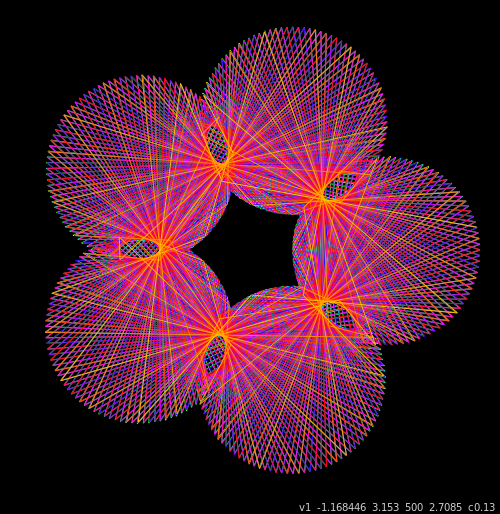 My original 2005 program was written in the C programming language but I really haven't been fluent in C since the 1990's. Since I have been using the Python language frequently for the last decade or so, I decided to rewrite the program in Python using Gtk/Cairo for the graphics.

The Cairo graphics library used in the new version uses anti-aliased lines and, at least to my eyes, produces brighter, more well-defined images with less graininess than the Gnu libplot graphics used in the 2005 C version.

One starts the program with an initial set of parameters on the command line and an image is generated from those parameters. There are four parameters controlling the the geometry of the spirograph line:

These are also parameters that control color:

And finally there are:

Because even small changes to some of the parameters can produce dramatically different images, the process of making art with it is more like exploring and discovering than "making". Consequently it has a feature to repeatedly generate images, making a small change to some parameter (currently only the wheel radius) between each image. This is controlled by entering single letter commands in the terminal window the program was started from and allows generating and presenting new images automatically or stepping forward or backward through then one at a time. One can also save interesting images to a file.

When the incremental change to the parameter is small and the number of line segments not to large too cause an excessively long drawing time, the auto-repeat mode can provide a smooth and interesting animation.

Either the auto-repeat mode or simply stepping through the frames ont at a time allows one to explore a range of parameter values for interesting images much more efficiently than running separate commands.

There are some patterns that are producible by a physical spirograph but not by my program. The toy comes with various size outer rings but my program has only one. This matters because many physical spirograph pictures are produced by overlaying the pattern produced by one ring/wheel combination with another produced by a different combination which requires the outer ring size to be changable. The overlain patterns can also be drawn in different colors, another thing my program doesn't do. Neither of these abilities would require rocket science to add but I have found enough to explore without them and haven't yet felt the motivation.

There are of course a gazallion spirograph generating programs available on the internet, many far more sophisicated that this one. But it's far more fun and educational to generate attractive images with one's own program than to simply download a package from somewhere, at least for me.

Here is a gallery of some of the more interesting images I've discovered using the new Python program: Gallery of 2021 images.

And here is gallery of images (in the form of screen shots) from the original 2005 C program: Gallery of 2005 images. Unfortunately I neglected to write down the parameters used to generate these images so there is no way to reproduce these other than by rediscovering them.